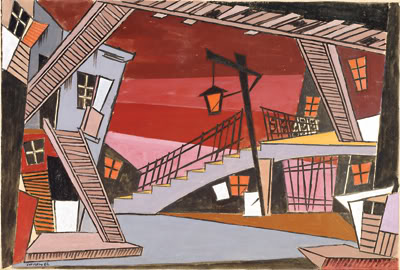 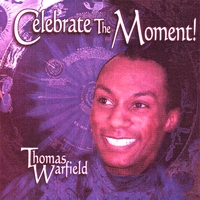 There will be a pre-concert discussion at 6:30pm in the Mainstage featuring Thomas Warfield, who will not only be talking about the musical masterpiece itself, but sharing recollections of his uncle, William Warfield, a noted Porgy of the 1950s and 60s. The elder Warfield is a member of the newest class of Rochester Music Hall of Fame inductees, and even went on to marry his Bess, soprano Leontyne Price.

Aaron Copland Down a Country Lane

3. A Woman is a Sometime Thing

11. It Ain't Necessarily So

Nicholas Bernard is a local actor/singer, born and raised in Rochester. He recently attended SUNY Fredonia and during his time there was an active performer in the Theatre and Dance Department (TADA). Past roles include Coalhouse Walker Jr. in Ragtime, Dr. Frank-N-Furter in The Rocky Horror Show and Mitch in The 25th Annual Putnam County Spelling Bee. He would like to thank his family and friends and theatre professors for their love and support, Beyonce for remaining a constant source of inspiration and humility, and God for giving him a second lease on life, as well as a top notch B-flat.

Jason Alexander Holmes teaches vocal music, piano, and general music at the School of the Arts in Rochester, and directs the Eastman Young Children's Chorus. As a bass-baritone, Holmes has been a soloist in performances of Beethoven's Ninth Symphony and Handel's Messiah. Theatrical performances have included Parade (Newt/Riley/Jim), and Hair (Hud). He has also served as conductor, music director, and keyboardist for numerous school, amateur, and professional productions. Favorites include Benjamin Britten's War Requiem, The Addams Family, Chicago, and appearances by the Calamari Sisters.

Elena O'Connor has studied at Eastman and the University of Miami Schools of Music, the latter at which she sang the role of Francesca in the American premiere of Luigi Mancinelli's Paola e Francesca. She was also singled out by The New York Times for her performance in Scott Joplin's Treemonisha at Lincoln Center's Alice Tully Hall. O'Connor has received awards from the Metropolitan Opera National Council Auditions, Mobile Opera's Rose Palmai-Tenser Competition, and the Palm Beach Opera International Competition. She toured in the title role in Palm Beach Opera's of Robert Chauls' Alice in Wonderland. She is also the winner of the Aspen Music Festival's Vocal Concerto Competition. At Aspen, she has been featured as Musetta in La boheme, Gilda in Rigoletto, and Micaela in Carmen. As an art song enthusiast, O'Connor has been a three-time fellow with the University of Miami's leider program in Salzberg where she was featured in recitals around the city. She was also a participant of the Ravina Festival's prestigious Steans Institute Program for Singers under the auspices of James Conlon. At the invitation of Maestro Conlon, O'Connor was perhaps the youngest-ever featured soloist at the Cincinnati May Festival, where she performed the soprano role in Bach's Cantata No. 21. The Cincinnati Enquirer called her "a young star to watch."

Alyson Mercedes Tardy received her undergraduate degree from The College at Brockport in Interdisciplinary Arts for Children with a minor in music. She is currently a graduate student at the College as well. Tardy is currently the 3rd grade special education teacher at York Elementary School. She is no stranger to the stage, having performed throughout the Rochester area with the Brockport Jazz Ensemble, the Pop Show Band and as a soloist at various College at Brockport ceremonies and special events. Tardy has also written and produced full-scale children's theatre productions as the director of the drama club at the Gillam Grant Community Center in Bergen, NY, where she resides with her husband, Dan, and children, Miriam and Joshua.

Based on the novel and play Porgy, both written by DuBose Heyward, George Gershwin composed the music for Porgy and Bess, while his brother, Ira, collaborated on the libretto and lyrics with Heyward, with some assistance from Heyward’s wife, Dorothy. The opera tells the story of the disabled beggar, Porgy, and other denizens of Catfish Row, in the slums of Charleston, SC. Forever in love with Bess, Porgy constantly attempts to save her from danger, more often than not in the guises of Crown, her violent and possessive lover, or Sportin’Life, a drug dealer.

George Gershwin called Porgy and Bess a “folk opera,” mainly because he was dealing with a story that took place in a well-knit community. He also tried to emulate the sounds of the Gullah dialect spoken by the natives he encountered when he lived with the Heywards while immersed in writing the score. The music he heard, particularly the manner in which the people sang spirituals, was adapted to the ensemble by Gershwin. Spirituals were not the only sort of folk music that Gershwin drew upon in composing Porgy and Bess: The notes that lay under the title lyrics in “It Ain’t Necessarily So” are clearly drawn from prayers that Gershwin would have known from spending Saturday mornings in temple during Sabbath services. So, there is more than one “folk” included in this “folk opera.”

Where does the “opera” portion of the equation come from? Aside from the obvious abundance of music, and the recitative that connects some of the musical scenes, Gershwin studied other, “grander” operas for examples of procedure. Music journalist Steven Ledbetter points out how the use of the ensemble in Der Meistersinger helped inform Gershwin on how to write for his own chorus; that street scenes like those taking place on Catfish Row appear in several works, including Louise; and that Carmen’s opera buffa technique of having some arias/songs stand out on their own shellacked Gershwin’s feeling comfortable in following in this tradition.

And what songs they are! Some of the Gershwin masterpieces that will be heard in the concert include “It Ain’t Necessarily So,” “Summertime,” “I've Got Plenty O’ Nottin’,” “Bess, You is My Woman Now,” and “I Loves You, Porgy.”